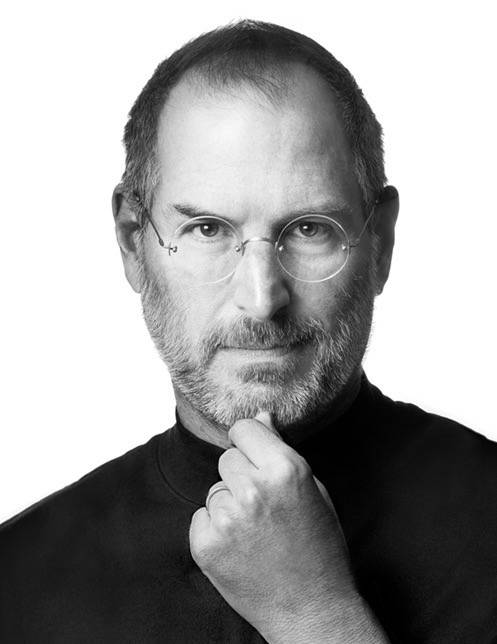 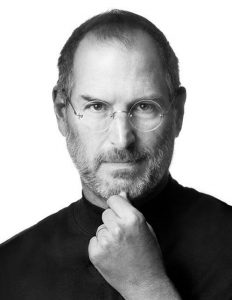 Today’s blog post is dedicated to the late Steve Jobs.  Ironically I had planned to write how certain technologies and Apple products have made my life and business more productive… and as I was about to write it, I found out about Steve Job’s death.

When I first found out about Steve Job’s death, I was deeply saddened.  Initial reaction was shock because it came only 1 day after the new iPhone 4S announcement and leading up to that event, there were many people that raised the question whether Jobs would be the keynote speaker.  The timing was not expected… I knew he was sick but I did not know we would lose him so fast!

So often we take so many things for granted… we fail to appreciate what we have and falsely assume that we will have them forever.  When we lose someone as great as Steve Jobs, that is when we look back and realize what we actually lost.

And with Steve Jobs, we lost a lot.  I lost a lot…

At first, I could not understand my emotions of sadness but later on, I knew why…

It is because Steve Jobs was my role model and had a huge impact on my success and life.

These are the 5 lessons that I learned from Jobs:

1) PERSISTENCE LEADS TO SUCCESS
Jobs taught me that if I stay in the game long enough and keep working at it, I would be successful.

I consider myself a huge Apple fan ever since I first saw an Apple IIc ad back in 1983.  Over the years, I have owned an Apple IIc, Apple IIGS, Powerbook 170, Powerbook G4 17″, Macbook Pro i7 17″, iPod 30GB, iPod 40GB, iPod 80Gb, iPhone 3GS, iPad2 and a ton of other Apple accessories.  For Apple fans that have been around as long as I have, things were not always so good.  In fact, things were really bad in the late 1990s and most people predicted Apple would be out of business in 5 years.  Apple had a string of product failures that were leading to its predicted death.  As great as Jobs was, people forget that he also came out with a few failures…

It is cool to buy Apple now but don’t forget… not long ago… it was UNCOOL and STUPID to buy Apple.  And during those times, it was tough for Apple fans to stay loyal but Jobs taught me that as long as you persist and keep going, sooner or later, things will get better and success can be achieved

2) NOT AFRAID TO BE WRONG
I learned that to be successful, you have to do new things and not be afraid of failure.

The reason for Job’s persistence and success was he was NOT afraid to be wrong.  With this courage, he was able to venture out and do things that put Apple ahead of the competition.  His famous quote makes so much sense.  How can we apply it?

“Remembering that you are going to die is the best way I know to avoid the trap of thinking you have something to lose. You are already naked. There is no reason not to follow your heart.”

3) GOING AGAINST THE STATUS QUO
Jobs taught me that you have to be different and not be “normal” like everyone else.  Being “normal” or doing what everyone else does never leads to success.  Never forget that “being normal” leads to “normal income.”

Jobs demonstrated this in every product he came out with.  Whether it was the IPod that did not have buttons… to the Macbook Pros that did not have removable batteries… to the first iMac that did not have floppy drives… to the iPhone that did not have a physical keyboard… to the iPad that can not play flash… etc. etc.  Of course some failed and some were successful.  But by being “different” and not “normal”, Jobs was the visionary that pushed people to go outside their comfort zones and change their habits and adapt new technologies.  In the end, (or shall we say in the beginning), Jobs helped launch us into new technological eras faster.

4) ATTENTION TO DETAIL
Jobs taught me the importance of being detail oriented.  Every detail counts.

5) JUST GO OUT AND DO IT AND THE DOTS WILL ALWAYS CONNECT
I learned that sometimes what we do don’t always make sense to the long term big picture… but it does.  What we do make seem like random dots drawn but in the end, the dots will connect and things will make sense.  Everything counts!  For example how is this blog related to your future success and my relationship with you?  We probably can’t answer that question now but in the future, it will all make sense.

Take 15 minutes to listen to Steve Job’s famous commencement speech at Stanford where he explains it all.


Steve Jobs was an inventor, a CEO and a leader with exemplary visionary leadership.  Such leaders come only once a generation.  What lessons can you learn from him and apply to your life today?