Home » 070: 1 Word To Improve Every Aspect Of Your Life And Your Business by Ricky Villanueva 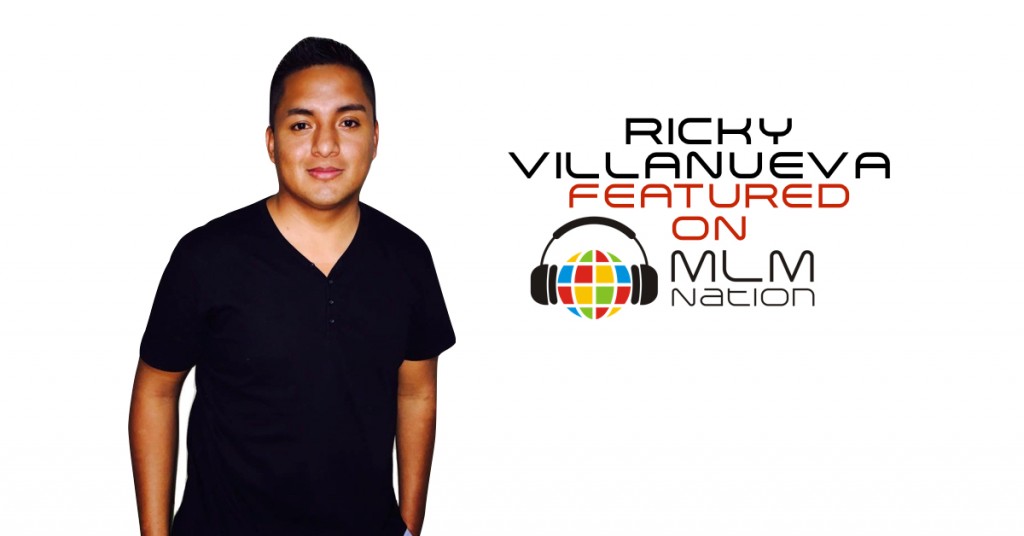 “Leader of one, leader of many. If you can’t lead one, you can’t lead any.” Ricky Villanueva reveals why you must learn to lead yourself before you can successfully lead your own team. Also what really builds residual income on MLM Nation

Who is Ricky Villanueva?

Today we have another Gen Y MLM Leader; Ricky Villanueva!

Ricky Villanueva is originally from Peru and his grandfather was one of the wealthiest entrepreneurs in Peru. In fact, Ricky has great MLM genes because part of his grandfather’s wealth was created through network marketing.

Ricky moved to America at 5 years old… and then at the age of 22, Ricky joined network marketing when his friend introduced it to him… and on that day he joined, Ricky dropped out of college and quit his job… all on the same day!

After his first year in MLM, Ricky wanted true mentorship and it happened that he came across 2 millionaires that said to him that if he gave up 2 years of his life to them, they would mentor him. Ricky did just that and when the mentorship ended he built a team of almost 20,000 distributors in over 17 countries.

Ricky is married, has 2 beautiful kids and lives in Orem, Utah.

“Those who dream by night in the dusty recesses of their minds wake in the day to find that it was vanity: but the dreamers of the day are dangerous men, for they may act their dreams with open eyes, to make it possible.” (T. E Lawrence)

The Science of Getting Rich by Wallace D. Wattles

Mach II: With Your Hair On Fire by Richard Bliss Brooke