Home » 186: 10 Foundational Beliefs Of The Millionaire Mindset by Amy Applebaum and Esther Spina 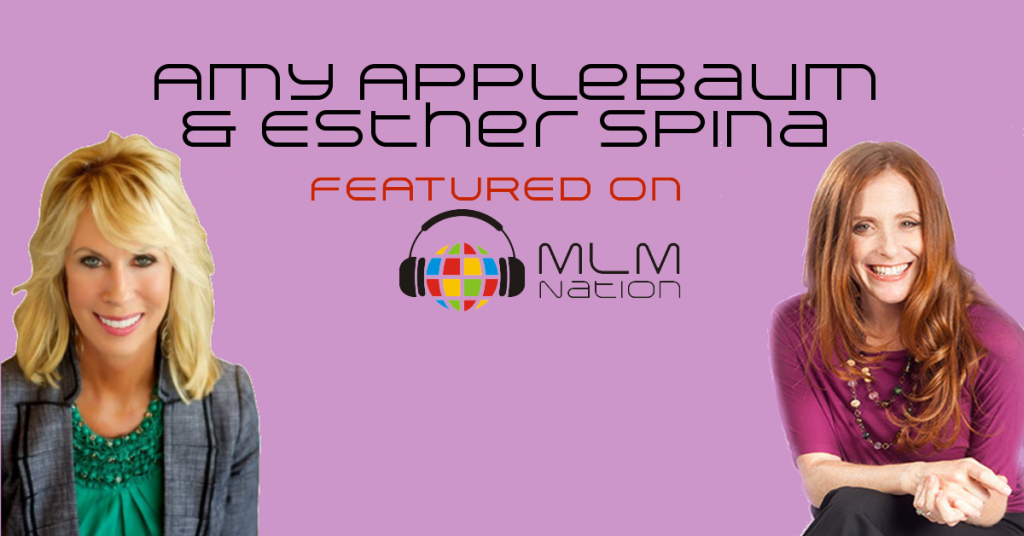 If you’re going to be at best, you must have a business coach that will help you get to the next level. Amy Applebaum and Esther Spina share why you cannot build a business alone. Also why 98% of entrepreneurs fail and how to be part of the top 2%.

Who is Amy Applebaum and Esther Spina?

This episodes features not one but TWO MLM super friends and it’s one of a kind. Remember, MLM super friends are people who contribute and provide value to the MLM profession. Whether it’s having a former IRS tax attorneys like Sandy Botkin teach you how to save money from legal tax deductions by having a network marketing business… to attorneys such as Kevin Thompson that specialize in protecting the MLM industry… MLM super friends made our profession better.

This episodes also features a lot of firsts…

It’ll also be the first time we have a 3 way interview done on 3 different locations. 🙂

So who are these 2 MLM Super Friends?

The first is Esther Spina. She is the first ever repeat guest on MLM Nation. She first appeared on episode 58 and is a 7 figure earner at her one and only company and she did it with no previous experience. Esther is also the author of 2 books about network marketing.

The other MLM Super friend is Amy Applebaum. Amy has been an entrepreneur for over 20 years and also a successful business coach. She has been featured in numerous media outlets such as ABC, CNN, TLC, Dr. Drew’s Lifechangers, Martha Stewart Radio and in Tenn, Shape, Cosmopolitan, Women’s Work and The New York Times.

One of the things that Amy helps entrepreneurs succeed is to overcome the mental barriers that prevent us from success and in this episode she will talk about the Millionaire’s Mindset.

One of the reasons why I brought Amy on is I felt that one of the things that helped me become successful is I always treated MLM like a traditional business. I approached it like if I owned a restaurant. And I find that most distributors want to be an entrepreneur but don’t like one and I wanted to have Amy share with you what it really takes to think and take action as an entrepreneur.

“People often say that motivation doesn’t last. Well, neither does bathing – that’s why we recommend it daily” (Zig Ziglar)

Loving What Is by Byron Katie