Home » 3 Role Models and the Lessons They Taught Me 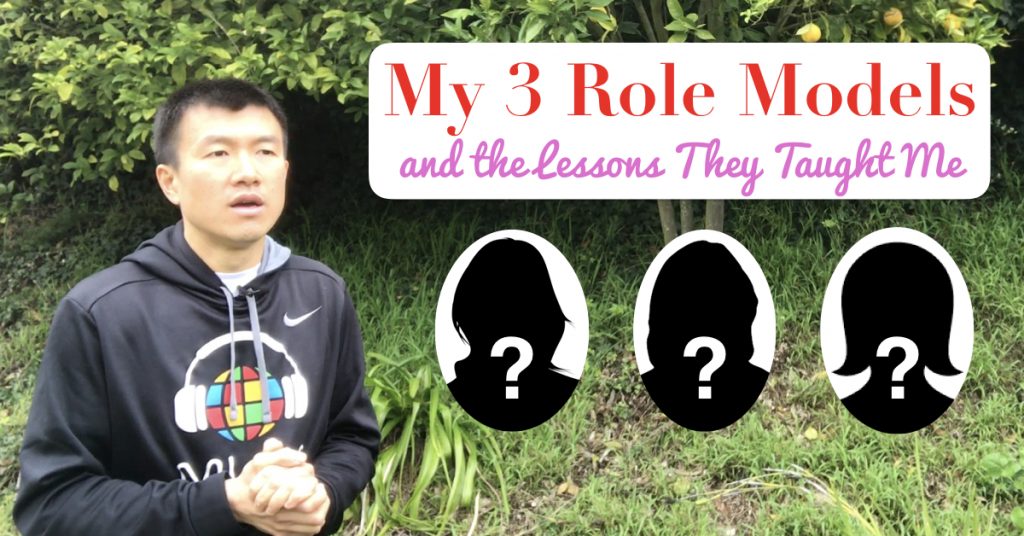 Guys have it easy.

Women have it so much tougher and I really respect what they go through.

It’s developed into my passion to help women.

Another reason for my desire to help women is because the three special people that played a big role in my success were all women.

Each of these role models had a major impact on different stages of my life.

By the way, if you’re a women, there’s an amazing event that you must attend.

It’s the annual Ambitious Women Conference that will be held on April 21, 22, 23 in Dallas, Texas.

It features top female entrepreneurs and only 1 male speaker. Guess who that male speaker is?! 🙂

Go check it out at www.AmbitiousWomenConference.com

Anyway, back to my 3 role models.

My first role model was my late grandmother. 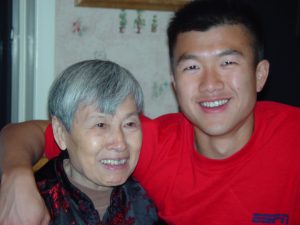 Because my parents were busy I spent a lot of time with my grandparents growing up.

There were tons of great moments but the most memorable lesson I learned from my grandmother at an early age was to always prove the haters wrong.

It means every time someone hates on you or doesn’t think you can make it, you simply work hard, prove them wrong and you’ll get the last laugh.

I remember the summer after 6th grade just ended.

I was in summer school at Poly Prep in Brooklyn, New York and these kids made fun of me because my English at the time wasn’t that good.

English was the third language and I spoke funny, had an accent and limited vocabulary.

I was discouraged but as my grandma and I walked on 92nd street on our way to school that morning, she taught me to “zheng qi.”

Just work hard and prove them wrong. You’ll get the last laugh.

I listened to my grandma and eventually my English was good enough to get me accepted to Columbia; an Ivy League university and a top 10 school out of over 2000 colleges in America.

I remembered that lesson well and it definitely helped me overcome the skepticism and negativity I faced from my friends when I began my MLM career.

We also had doubters when we launched MLM Nation.

I still remember someone in the MLM company I was with was concerned about me.

He knew how much harder running a coaching business was and “wished me luck.”

I could tell from his tone that he doubt me and was skeptical that I could make it. 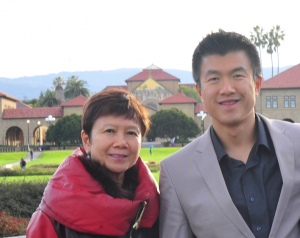 My mom became an inspiration to me after I became my entrepreneurial journey in 2003.

I saw what she went through and she taught me to never quit.

She learned early on that she couldn’t just rely on my dad’s doctor income so she ventured into real estate when I was in high school.

I was still super young at the time but I remember one day my mom was crying and my dad seemed very concerned.

To make a long story short, my mom got screwed over in a real estate deal by “a friend” and lost over $100,000 which was a lot of money back then.

I still remember our family had to change our lifestyle for a few years because of the money that was gone.

Yet my mom didn’t quit.

She never gave up on her dreams.

She could have just settled and lived comfortable from my dad’s multiple six figure doctor income but instead she pushed herself out of her comfort zone so our family could become financially free.

My mom eventually got into stocks and after intense personal development she became very successful trading stocks.

A few years afterwards she earned more in trading than my dad’s doctor income and allowed him to retire 10 years early.

I pass my mom’s advice to you.

I never expected my wife to be a role model but she has. 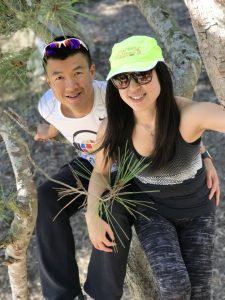 Relationships and marriages are the hardest thing in the world and is why 50% of marriages end in divorce.

I decided early on that divorce was not what God wanted and not an option.

But back then… what unhappiness and misery in my marriage!

And then I remembered what my mentor Jim Rohn taught me.

In order for your income to change, you must change.

And you can apply that to relationships as well.

In order for your marriage to change, you must change.

Simon had to change!

I hated that advice because men always think we know better.

Except that we don’t.

I had to suck up my ego and during the worse (now I say it was the “best times”) in our marriage, I decided to change.

I became more patient and a better listener.

I learned to admit I’m wrong more than I was right.

I let go of my ego and pride.

And not only was my marriage saved but I became a better husband, father and business leader.

I became more aware of my negative thoughts and learned to put my ego aside and make the changes at times when I knew “I was never the problem.”

I learned to be aware that I’m almost always the problem.

Most of our obstacles can be overcome if we admit we’re wrong and do the opposite of what we like to do.

My wife taught me that what you don’t like to do cause “that’s not me” is often the answer to all our problems.

Who are Your Role Models?

Who are the influential people that have impacted you in your life?

What are the main lessons you learned that have shaped you into who you are today?

Comment below and let me know what you’ve learned.

P.S. Don’t forget to check out the Ambitious Women Conference. It’s one of the best events you can attend ESPECIALLY if you’re a women.

Hope to see you there!