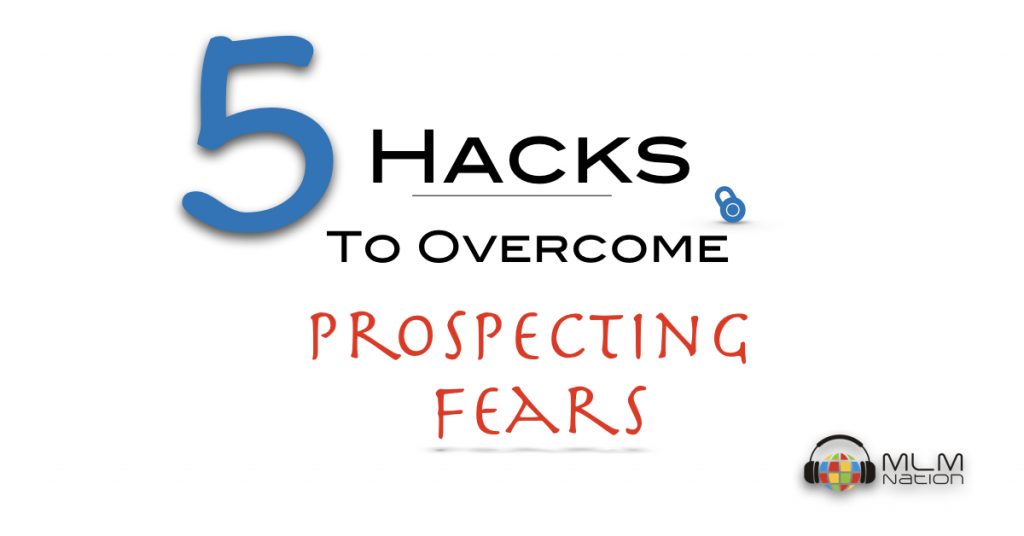 Truth is, fears can play a big factor when prospecting and recruiting. Which, can slow or even kill the growth of one’s MLM Business… So, not only is this blog is aimed at helping you overcome those pesky fears, but I also encourage you to check out Purpose Driven Networkers. Let’s face those fears, crush them, and reach our unlimited potential.

And for some network marketers, there’s been the self-questioning moments:

Because maybe you’re on the shy side, or, simply prefer your personal alone space…

You’re a leader and have gotten the “shy” objection from someone:

Well, for every shy person out there, you have shy friends, they also know maybe two or three, maybe five people who are also shy.

You think they have a couple shy friends, as well.


And you tell them, “There you go, you can build a shy team.”

Whatever it is, there is NO EXCUSES.

You can still be successful like that in network marketing!

Truth is, a lot of the top earners are not good in sales, and they can recruit.


You do not need to be good at selling to be a top recruiter.


Myth #2- You need to know how to present well.


Did you know being a great presenter can sometimes get in the way of your recruiting?

That’s because when you try and be the great presenter, you end up talking too much…

In the early stages of their business, many people make the mistake of focusing on being the movie instead of being the trailer.

Later in this blog, you’ll learn the difference between the two: being the trailer vs. being the movie.


There’s tons and tons of people interested in network marketing!

The reason you haven’t found them yet, is probably because you’re working with the wrong people.

Working with the wrong negative prospects, or, even negative downlines.

If you have negative downlines, you make more money when they quit.

Because they’re sucking up your energy.

They’re sucking of your time.

So, those are 3 myths about recruiting that hold many network marketers back.

Some brain hacks to help you overcome your fears, and you’re going to recruit people faster, increase your income

Because those fears are just that, fears… (False Evidence Appearing Real as the saying goes)

It could be by overcoming these fears, the very thing that changes your business drastically in the next months, years.

Hack #1- You’re the messenger & not the message


You are the messenger.

You’re not here to tell the story

Simply letting them know of something that can help them out.

Sell the trailer, not the movie.

Most of you, if you’re stuck, you can’t recruit…

Many people get that response because they’re trying to be the movie.

You know sometimes you send the link to people, to get them to watch, so you say something like, “I’m going to send you a link to watch more info.”

Why not say instead…

“This is the video, it’s been watched 50,000 times, let’s talk about something that’s totally changed my life, changed my friend’s life, you need to… you know, whether you like it or not, you need to watch this video.”

Have you ever watched a captivating movie trailer, (whether you searched up the trailer or saw it on a commercial), it captivated your interest just a bit more, didn’t it?

It increased your interest for the movie just a bit more.

Be the trailer, don’t be the movie.

When prospecting, you’re simply there to collect a decision.

You are not not there to sell, convince people.

A lot of people…with those that I coach, or else where…

Most common question is:

“How do I convince this negative prospect to do that?”

Because, if you work hard to convince them, and by some sheer reason they do join, you will find yourself working too hard later down the line trying to convince them to take action on their business…

Have you ever had a prospect, maybe you at a grocery store, and you see that person has a good smile, good attitude, could be a good prospect, and then you’re thinking:

“Maybe I shouldn’t bother them, maybe it’s not a good time.”

You start overthinking it, and then next thing the person’s gone…

Have you ever had that happen to you?

Even at an event, maybe a convention, you see some leader and your inner dialogue goes a little like this:

“Oh, he’s a top speaker there, I want to get a selfie with him. He inspires me…”

“I want to go, but maybe I’m bothering him, maybe he’s got to get ready for his training…”

In an instant, he’s gone.

So here’s the three-second rule…

The second you think about something, someone, you’ve got three seconds you got to act.

So, I see another person like Jeff, three seconds:

Maybe you have a prospect, I should follow-up with that person, the second you think about it, act on it, because the more you wait, the fear increases.

The more you don’t act our self-esteem goes down. Right. You want to have a good self-esteem?

You want to have a good day, take action.

Even if they don’t pick up the phone, you leave a voicemail, you will feel better.

Truth is, if we don’t, we talk ourselves out of opportunity every single day.

Sometimes, we are our own biggest enemy.


Hack #4 You don’t need them but they need you


This ties to where your energy and time goes to…

Because there’s the one and only you.

Because here’s the one thing, the most precious thing in the world that no one could ever get back.

Every second you’re spending on them, you’re missing out on focusing and finding the superstar leaders.

So, you have to understand, you don’t need them, but they need you, because you have the best opportunity.

You have an opportunity to process and change lives.

There’re 300 million in the US you can talk to.

You want to go global?

There’s over a billion people worldwide out there…


Hack #5 Reject them before they reject you


See, the whole key to being different and to always be the purple cow and stand out, do the opposite of the stereotypical network marketing distributor…

What’s a stereotype of a network marketing distributor for people out there?

How many of you have had a prospect that hasn’t got back to you yet?

A prospect that has disappeared on you?

They still haven’t watched the video.

So, you’re still waiting for them…

It could be the stone ages again, and they still haven’t watched the video.

They’re avoiding you because they don’t want to tell you, “No.”

They burn their friends, they push the wrong way, the network, they shrink it.

You want to always be expanding.

You always want to end every interaction on a positive note, because what happens…

The person you know may not become the superstar, but everyone knows someone that’s going to be a superstar in your business.

Let’s say Larry (pretend person) has been avoiding me, avoiding my text messages, not following up.

Here’s how you respond in the “purple cow way”- the opposite of the pushy, needy network marketer…

“Hey Larry, just want to let you know, our friendship means more than anything in the world.

I don’t want this business, this process to get in the way. It’s okay if you don’t join nor buy. I just want to be friends, and hang out again.

I promise I’ll never bring up the business again.

Is it okay, can we still be friends?”

How do you think he’s going to feel if I say that?

The key is, you got to think long term.

Larry most likely won’t join the business, but he may invite me because I treat him with respect, and I left an impression.

He may invite me to a barbecue, and at that barbecue, I meet my superstar winner.


Most superstars, you see those 80,000 people, are all one or two degrees away.

But, not someone you know directly…

It was someone who you knew, that introduced you to someone else.

They later on, became a superstar.

Enough with the Myths and Fears

You can start saying goodbye to those little annoying prospecting fears that are holding you back, and ultimately, your business.

So, did this post bring light to any prospecting fears?

P.S  If you want to learn tips and strategies on how to invite more prospects and sponsor more distributors, check out our Purpose Driven Networkers community.