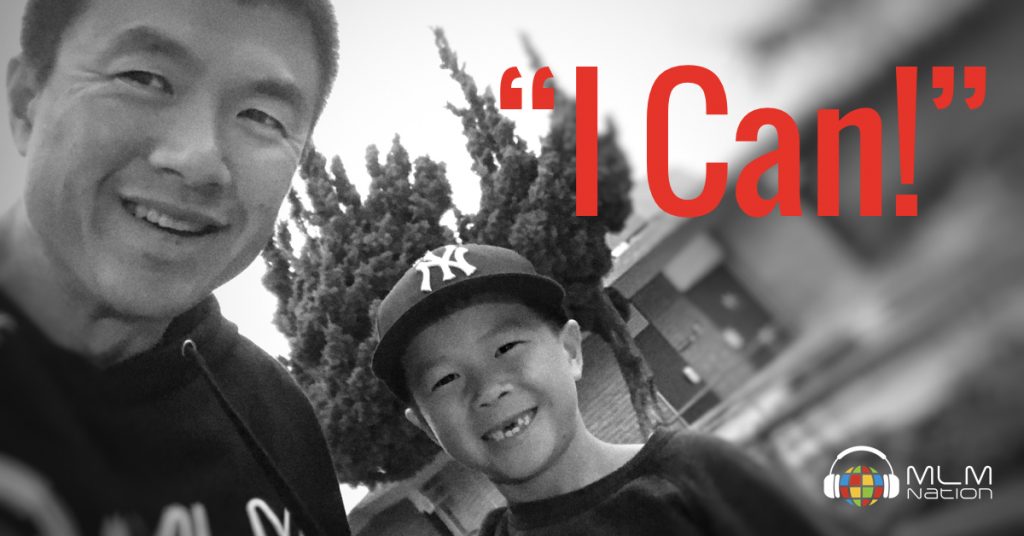 I’ve been the happiest I have ever have been in my life.

It’s cause I feel I’ve discovered a new joy that I’ve never experienced before.

And that is the joy of parenting; the 1 on 1 bonding time and watching my oldest son, Ethan, get better and better at baseball.

He’s the youngest kid in his fall league but has improved so much that he is better than many of the kids that are 1 – 2 years older than him.

Everyday I look forward to playing baseball with him after he gets home from school.

And he loves it too!

I told my wife the other day that helping him get better has been more fun and satisfying than when I get good at something.

I guess that’s the “coach” inside of me.

For me, seeing others success is more fun than to experience the same success.

The journey hasn’t been easy though.

I’ve had a lot of “frustrating” and growing times with my son when he would get frustrated for not being able to hit nor catch the ball.

I’ve learned to deal with the tantrums better now and we make sure we always end each daily practice “on a good note.”

I’ve learned to become more patient with him.

The one thing that really BUGS me and annoys me the most is when he says “I can’t.”

He can hit the ball 25 times really well and then after a few bad swings, he would get frustrated and say “I can’t.”

Cause the reality is they can.

To help my son out, I would then show video of him hitting it well and always remind him that “he can!”

But from time to time, he still says “I can’t” when he gets frustrated.

I have to remind him to say…

We all can if we focus on the positive instead of the negative.

The other day I had a call with a potential coaching client and he told me wanted to hire me to help him with his online branding but he felt that he can’t really do Facebook.

I asked him why and he said that he’s an introvert and most of the online influencers in his company are all social butterflies.

He was basically saying to himself, “I can’t.”

First suggestion I told him was that he had to change his attitude.

You can’t let the fact that being an introvert will prevent you from doing well on Facebook.’

I’m an introvert but I have a social media presence right?!

In fact, I shared with him that most top leaders are introverts.

But they say to themselves, “I can!”

They can learn to turn it on and be the person that the world needs them to be when it matters.

Anyone can be successful online.

Don’t let being an introvert stop you.

Stop using the word “I can’t.”

How do I need to change my mindset or attitude so that “I can”.

In order for your income to change, you must change.

So what type of thinking, philosophies or attitude do you need to change in order to get to where you want to go?

“I’m not that type of person.”

Because those are all myths.

You’d never teach your kids to say “I can’t” right?!

So why do you say it to yourself?

Instead, start saying “I can” more often.

And even if you don’t reach your goal, you’ll be a wiser, more experienced person than you were before.

And you’d definitely go further and progressed more than if you were stuck saying “I can’t” over and over again.

P.S. When it comes to prospecting, and overcoming fears – it’s both mental and practical. If you’re interested in having me prospect with you and help guide you on your conversations with prospects, check out Purpose Driven Networkers.