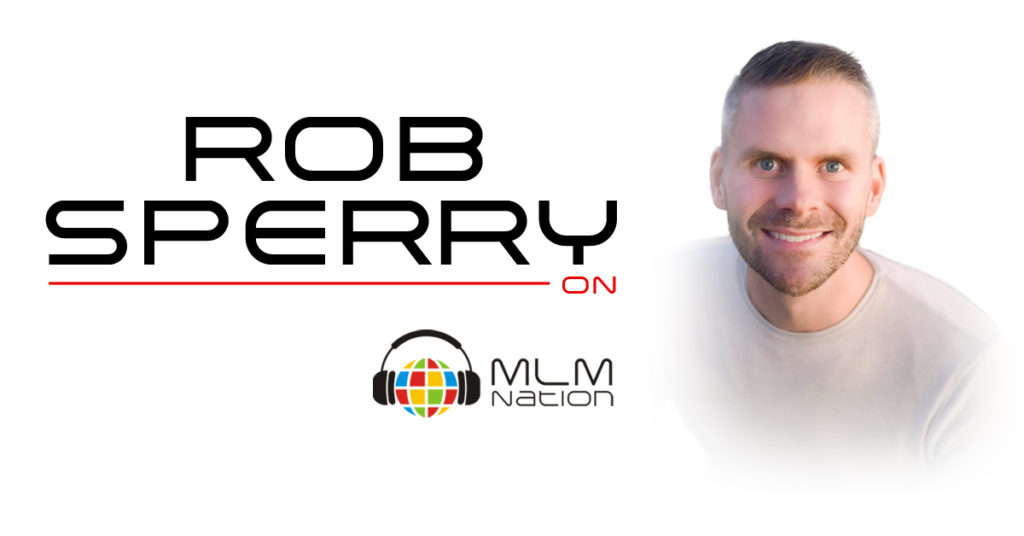 Rob Sperry shares how to overcome the major fears that hold back most network marketers.

He shares 2 good exercises that you can do that will help you get rid of your fears.

Who is Rob Sperry?

This is the 3rd time Rob Sperry has been featured on MLM Nation!

He was first featured on MLM Nation on episode 176 and then episode 378.

When Rob Sperry got started in network marketing, he reached the highest level in a multi-billion dollar company.

Rob then became the co-creator of Mynt which was a spin-off from a $3 billion dollar company (total sales) and Mynt launched with a million dollars in sales, in just the first month.

After the success of Mynt, Sperry was instrumental in bringing two top companies together, thus creating one of the largest mergers in the network marketing industry.

Due to his expertise, he has been featured in national and international books, podcast, blogs, articles, and magazines specific to finding success in network marketing.

Game of Networking by Rob Sperry

Game of Conquering by Rob Sperry