Home » Doing Your Best: The Thrill of Victory or the Agony of Defeat 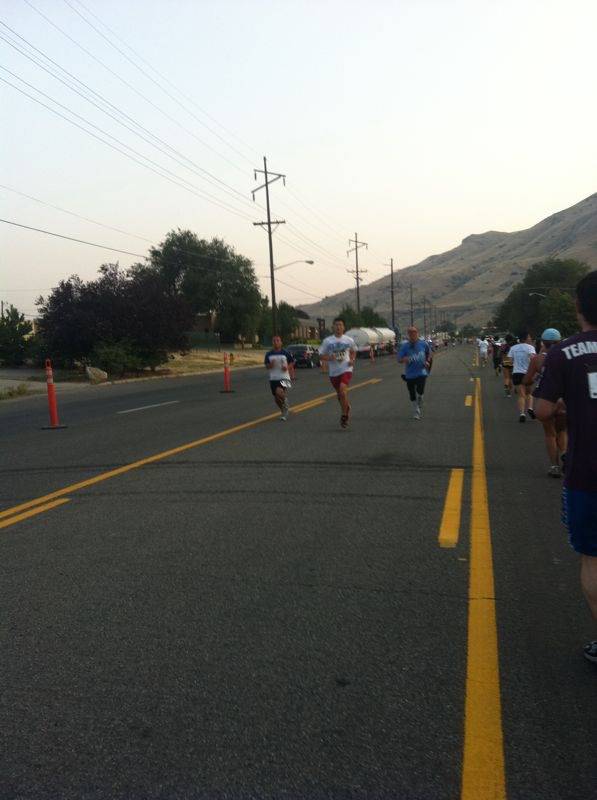 I felt like I was going to die during my race.

I never ran in high school or college.

I just “dabbled” in running as a way to stay in shape because after college I started to get flabby and gain weight at my first desk job at the NBA.

If you follow my Facebook fan page or are part of my Simon Chan Insider’s Circle, you know that I publicly announced that I was going to go all out and finish top 10 in USANA’s Champions For Change 5K charity run in Salt Lake City, Utah on Aug. 18, 2012.

I am NOT a Serious Runner

I jog occasionally and have participated in a few races. I’ve done a few marathons as well, but it’s all for fun and nothing serious.

There was a time, almost 10 years ago, when I used to push myself to set personal records in my runs, but I stopped doing that. It was just too much pain and too stressful.

But this year, I decided to punish myself and train a little so that I could finish in the top 10.

Finishing top 10 in the race is NOT a big deal since it is a charity run and there are hardly any serious runners in the race. Most of the participants just jog or walk the race, doing it for simple, good fun.

But I had to run well because I had another agenda…

The reason I wanted to go all out on this race was because I was angry about last year. Two years ago, when I just ran for “fun,” I was able to finish #8 out of 1,500 runners.

But last year was a disgrace. I prepared a little, stayed out late socializing the night before, and ended up finishing #15. I was angry at myself because I KNEW I could do better. If I had done my best, I could have lived with the 15th place finish. But I was irritated because I knew I had the potential to do better than 15th place.

In other words, I did NOT do my best.

So this year… I made it one of my goals to finish top 10 in the race at this year’s USANA Convention.

One of my first mentors, Tom Schoenwald, taught me the 5 P’s:

I don’t run much usually, but I made sure I did plenty of running the week leading up to the race. Our team had gone to Midway, Utah earlier in the week for our retreat and Platinum Coaching Program, and I made sure I did tons of cardio exercise everyday.

I would run for at least 30 minutes each morning, and then would either hike or mountain bike in the afternoon.

The preparation was worth it because it allowed me to adjust to the higher altitude.

Because they spend so much time on training and self development, one thing successful people know is how their body reacts and how their brain learns. Over the years, I have learned that my body is able to increase my cardiovascular ability quickly. It may take me 1 week to get into top cardiovascular shape while it may take others 2 weeks.

But alas, it works both ways. If I don’t exercise, I can LOSE it all in 3 days while others would take 1 week to lose it. It’s funny how everyone’s body is different.

During the 4 days prior to the race, I got up at 5:30 every morning during Convention to run up the hills to the State Capitol. No matter how busy I was, or how little sleep I got, I would make sure to get my run in.

Race day was fun… until the race started! The minute it started,

I was in pain from running.

And then the last mile arrived… That was when things got tough, and I was really hurting. It was pure pain, and I remembered why I stopped running races and setting personal records.

While sprinting the last mile, I coughed hard and wanted to throw up… only to have nothing come out!

Then 100 yards later, I wanted to throw up again… but again, just a hard cough and nothing would come out! I felt like my lungs would burst.

Trust me, it’s not a good feeling, but the only thing on my mind at the time was, “I can choose between ‘the thrill of victory or the agony of defeat.’”

Thanks to a few strong runners, such as Marvin Lim and Brion Armstrong, who paced me in the end, I was able to make a final push and finish the race in 21:30, coming in 10th place!

I made my goal!

The Best Feeling in the World

Once I crossed the finish line, I was about to pass out…

but a few seconds later, I was still alive.

And then I remembered why I pushed myself so hard.

It’s because the feeling of achieving your goal when you go out and do your best is the greatest satisfaction in the world.

The “feeling of victory,” knowing that I overcame the pain to make it, made it all worth it.

Like success in network marketing, it is the journey and the obstacles that you overcome that make success rewarding.

What motivates me to get up everyday is that I want to do my best so that I can fulfill the unlimited the potential with which I am blessed.

And you are born with unlimited potential as well.

So whatever you do, always remember to:
1) Do Your Best;
2) Be Committed, and
3) Train and Prepare everyday.

Do YOUR BEST because you deserve to be successful!

P.P.S. If you find yourself having trouble to find the time to 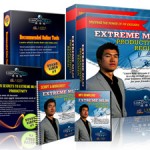 focus on your home business, I highly recommend you learn and implement some of the 35 Time Management secrets that I teach in my Extreme MLM Productivity Regimen Time Management course. Click Here to learn how to create 2 more hours in your day so that you can build a successful business and still have time to have a life!