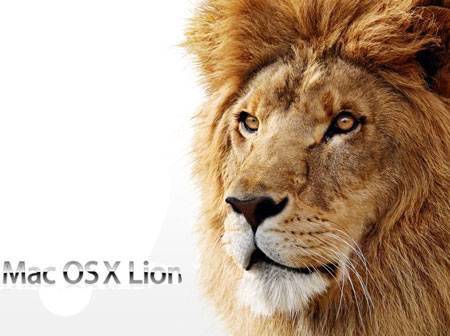 0 Shares
Share
Pin
Tweet
Share
It has been a great week… busy but awesome week.  My mom was visiting and it was great to see her and have some great family time.  This was her first time spending time with her grandson Ethan.
With a new baby in the house, my life is changing fast… and today we are going to talk about something that happens to us  everyday; we are going to talk about CHANGE!

Being a new father, change is probably more evident to me than to others.  At least, CHANGE is more obvious to me than it was before.  Ethan is growing up fast!

Ethan’s sleeping habits have been changing too… and finally… finally we have got him to sleep at a set schedule!  Thanks to everyone (Paul Dueck, Lori Truman and Helen Low) for recommending the book “Baby Wise.” Kelly finished reading it this week and applied it and it works well!  So finally… we have a life where we can sleep at a set and decent schedule now!

Ethan’s daily changes has accelerated my need for change… as mentioned before… either you have to change or you will be swept up by the change… so I have figured out this new schedule that works well and allows me to be most productive.  I go to bed around 12 – 1 and then get up at 4:45 a.m. everyday.  I am always a morning person and I love getting up when it is still dark outside.  I do my daily devotional, reading, yoga and then just crank out work.  I get more done, in terms of high quality work, between the hours 5am to 9am and then I treat myself to a 2 – 3 hour nap afterwarsd.  I started this new schedule this week and has worked out very well.

I was pretty sad recently when I found out that there were no buyers for the bankrupt Borders Bookstore and that they had to close all their stores for good… the reason I am sad is because I have had tons of memories of Borders.

But no matter how much I would go to Borders and spend time there, I was ALSO the reason why it went out of business… because asides from the clearance items, I never purchased anything there!  Why would I buy anything when Borders sold at cover price?!  Even at at 25% discount, the prices were still higher than Amazon’s… So I would go there to browse and to relax and do work there… but I would never buy.  Borders could not get book lovers like me to shop there and that was their demise.

So… last week Borders started their Store Closing liquidation sale.  I went to check it out hoping to find great deals on business and children books… but no luck.  Even AFTER 25 – 40% off the “original price”, Borders was still MORE EXPENSIVE than Amazon!!!  Can you see why they are going out of business now?!

I don’t know much about the actual business strategy that Borders took that led to its closing but I heard that they were slow to embrace online shopping.  Unlike, Barnes & Nobles who started their own online store to compete again Amazon, Borders was slower to make the transition online.  Borders was slow to CHANGE.

Important note… CHANGE is hard unless we are willing to give up the past… we must let the past go!

On the other hand, is Apple… which has been in the news a lot recently with the release of their new operating system; Lion.

Apple has always been known as a visionary company that is the FIRST to change… every time Apple introduces a new product, they “let go of the past” by removing some “outdated” technology.  Time and time again, Apple has suffered criticism by removing things from their products that the public is used to using.  From the original iMac (which removed the floppy drive during a time when people still used floppy)… or to the original iPod which had no buttons… or to the Macbook Pro that does not allow you to remove the battery… or to the iPhone which has no buttons and no “keyboard”… or to the iPad which can NOT run flash… or to the new Lion operating system which has removed the sideways scroll bars and also makes you scroll using iPad gestures instead of the normal gestures…  When Apple makes these decisions, initially it seems ridiculous and stupid for them to alienate their customers but in hindsight, it is a stroke of genius. Apple realizes that we all hate to change and force their customers to change so that they can discover the benefits of new technology faster.  As a result, people see Apple as visionary and “cool”.   Apple leads the CHANGE.

So what changes are YOU making?

… but CHANGE IS HARD!

And… if there is anyone that is HARDER to change, it is me.  I am like you and hate change more than anyone else you know.  I love routines and I know I am boring when I order the same item at the same restaurant all the time.  While some are adventurous and try out new things, I have been known to be boring and dull. Simply put, I do not like to try new things!  (if you don’t believe me, ask 10 different people who I have gone to Cheesecake Factory with and they will tell you that I ordered the same thing every time!)

but CHANGE IS IMPORTANT!

And recently, I decided to force myself to change my habits, lifestyle so that I can venture out and learn new experiences and… also so that I can improve… be more creative… learn to think outside the box… so that I can discover new things and experience life more.

If CHANGE is hard for you, there are small things that you can do every day to make yourself more familiar with change.  These are changes that I am forcing myself to do everyday:
– go to different restaurants
– order different things from the menu
– change up my workout routine
– never travel same route when I go biking

Just these small simple steps is making me more conscious of the need to CHANGE… and as a result, my creativity has increased and I am experiencing more things and learning at a faster pace.  Just the fact that you are conscious of CHANGE and the CHANGES around you makes a difference!

If you want to implement change or get your team/partners to change, there is great book that I read recently read called “SWITCH – How to Change when Change is Hard” by Chip and Dan Heath.  They are the same authors that wrote the best selling book “Made to Stick” and I would say their second book is just as good (if not better) than their first.  I would highly recommend it because they outline the steps that helps your brain to incorporate and adapt to CHANGE.  Whether you want to change or you want to lead a team to change, it is a must read.

Former CEO of GE and arguably the greatest CEO of all time, Jack Welch,  said it the best… “Change before you have to”

Let me know how you will CHANGE today!