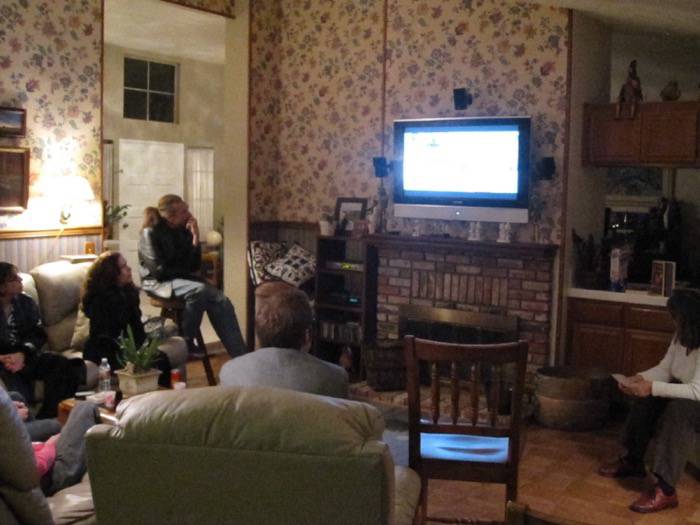 Feb. came and went.  Now I know why it is the shortest month of the year!

The big news in February was that we decided to finally have Obi go through the surgery to fix his patella luxation.  What is that?  That is basically his patella tendon (in his right knee) slipping in and out of his knee groove.  It is a hereditary and common for small dogs.  It doesn’t bother Obi that much but once in awhile he would limp and especially when he goes down stairs… poor thing.  it was just better to get it done earlier so that it would not be arthritic later on.  What happens is that when he runs, his patella would pop out… and then would pop back in!  Since he is young, it’s not that bad but when he gets older it may cause problems… so since we love Obi so much, we had to get it fixed.

Then… the worst part for Obi was coming…

the day they took the bandage off!

It wasn’t a pretty sight since they had to shave off all his fur and the incision.

If you feel bad for Obi… please join his Facebook page and become his fan!  It will make him happier!  🙂

Speaking of food… Feb is like an anniversary to me… been 3 years that I have eaten any red meat… and the best part is that I do NOT miss it!

In mid February, we had our Regional Convention in Anaheim.  It was a great event and I was invited to speak on stage at Anaheim’s Convention Center about “How to Market Yourself.”  Here is the video of the 20 minute training that I did.

Last part of February was filled with fun business activities.  We had our annual small business retreat where many of my close friends and business leaders came to LA for 2 days of training and hanging out.