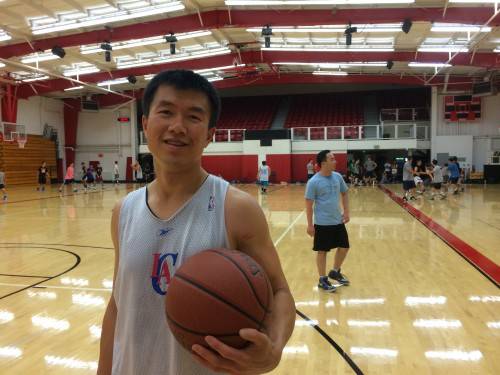 Coming Out of Retirement

I am super sore as I write this and can barely walk.

That’s because this past week I came out of retirement.

I laced up my Nike high tops and stepped onto a basketball court for the first time in almost 3 years.

The last time I played was back in August 2011 and afterwards I decided that the game wasn’t fun anymore.

Fatherhood and other responsibilities prevent me from devoting consistent time to play at a high level. And if I’m “not good”, it’s no fun for me. I’d rather not play.

Basketball used to be my life. 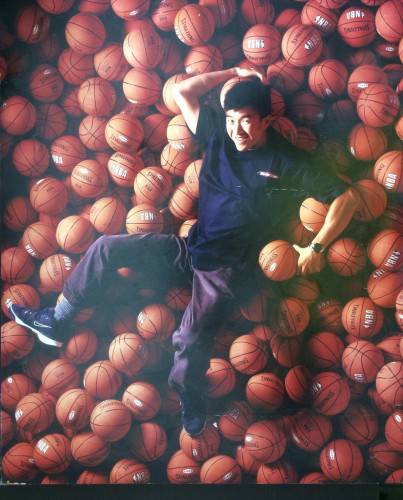 I had played in high school and in college. It was hoops 24 hours a day. I would do everything so that I could become a better player. In college I wouldn’t party nor drink just so that I could play at a high level.

I had ambitions to play semi-pro basketball in Taiwan’s CBL (China Basketball League) until my dreams got derailed by a fractured fibula.

So if I loved the game so much, how come I didn’t play for almost 3 years?

The problem with me is that I take basketball too seriously and unless I play well, I can’t be happy and the game isn’t fun.

It’s only fun if I play well.

I’ve never been able to detach myself from those memories of competitive basketball and over the years I would be very unhappy with myself every time I could not play well.

So I called it quits and stopped playing.

In the past few years, numerous people have asked me to play in leagues but I have turned everyone of them down. Deep inside I wanted to play but I knew I wouldn’t be able to devote consistent time to play well. And if I didn’t play well, I wouldn’t be happy.

I was at a church retreat for 3 days last week and they had an open gym from 9pm to 1am. Somehow I was intrigued to play again. I’m relatively new to this church and had been invited before but I turned it down. But somehow this time it was different. I guess it’s because I wanted to meet and get to know members of this church community. One of the easiest ways for guys to network and meet others is to play sports.

So I decided to go.

After I put the kids to bed, I went out for a few hours and hooped and met many new friends.

How It Turned Out

I surprised myself by not taking it too seriously and had a decent time. I even went back on the second day but it wasn’t as much fun since I was so sore. I could barely run up and down the court.

I still really couldn’t believe I was going to play until I started to play my first game.

I really shocked myself by just enjoying the moment and not being so carried away with how I played.

I made myself vulnerable out there because who knew how I would do?

If this was the Simon from the past, he would have practiced and played for 2 weeks before he would expose himself and play in front of people he had never met.

So maybe you can say that I have become “more mature” and learned to become more detached from trivial outcomes.

Anyway, the night was fun. My footwork was off but I slowly started to get it back later.

I posted on Facebook that I came out of retirement and one of my old college friends commented “Hopefully the game still resembles the one from 1993.”

I thought about how my basketball game has evolved over the years and the easiest way to describe it is that I’m older, slower but I’m BETTER NOW because I’m smarter and more skilled.

For me, I learned this out of necessity…

When I was younger I used to play so stupid.

I got too caught up with NBA highlights and thought that being a good player was all about being the one who was the quickest, strongest or the one that jumped the highest.

I relied only on physical ability.

As I got older and lost a lot of my physical strength I learned to play smarter and rely on skills instead.

Talent and physical ability is meaningless if you don’t have the right mental approach or strong basketball fundamentals.

As I reflect back to my older days, I cringe at how naive I was and how many hours I wasted lifting weights so that I could become physically better.

The time in the weight room should have been spent doing repetitive basketball drills. I would have been able to get better quicker. I would have achieved skills that would have lasted a lifetime instead of working on the physical strengths that I would eventually lose over time.

When I watch younger basketball players in the gym now, most just waste so much energy playing at one speed; fast.

These players reminded me of when I played because they would get easily frustrated and lose the game mentally.

If only I had the mindset and mental toughness I had today!

Little do these young stallions know that they can beat their opponent if they player smarter and change the pace of the game.

As I got older I really came to appreciate players like John Stockton, Jason Kidd and Steve Nash. None of the 3 could jump out of the gym but they were incredibly smart and had long lengthy NBA Hall of Fame careers.

They understood that you don’t need to run that fast nor jump that high in order to still be one of the best NBA players of all time.

The ironic thing is that I developed the mental toughness and the daily routine of honing my skills from my MLM business.

I’ve seen so many MLM distributors work so hard but waste their time because they didn’t invest the time to work on their skills nor learn to become smarter.

Instead of just going out there and talking to everyone, they should spend just 30 minutes a day on becoming better and wiser.

They need to sharpen their axe and work on the 5 Fundamental Skills of MLM.

The secret to my success in MLM was to invest in self development and finding people to role play and practice my prospecting lines.

I just wish I had discovered those success habits back in my college basketball days!

By the time I learned, my basketball career was over.

Are you working on your skills and learning to be smarter and better?