Everyone has problems but it is how we deal with those problems that determines whether we are successful or not. As the late Jim Rohn said, “don’t wish for less problems but wish for more wisdom.”

Today I want to introduce to you someone that I had mentored and I am very very Proud of. His name is Billy Dela Fuente and he and his wife live in Manila, Philippines. They are very successful and one of the top income earners in the Philippines but life was NOT always this good. When I first met Billy in December 2008, he had a tough life but he had a huge desire to be successful.

Billy was always a good student and had graduated with an 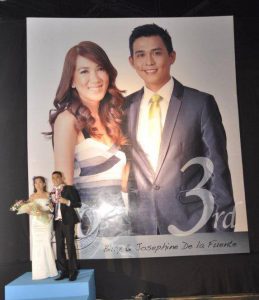 engineering degree from University of Santo Tomas in Manila.

Though being an engineer is considered a good job, Billy soon realized that any type of job would never allow him to live the life he wanted. He had big dreams and more importantly, he was engaged to be married to a beautiful Filipina, Josephine Donato. Josephine (Pin) at the time was working long hours as an account manager at the New World Hotel (formerly the “Rennaisance” hotel) in Greenbelt, Makati.

Billy was motivated to start his own network marketing business and hungry to learn from me. It was not just the money that motivated Billy but he realized that a job would never allow him to have the TIME to do the things he wanted with his family. Unfortunately for Billy, he had “failed” in his previous 2 attempts at network marketing. The unfortunate thing was that it was not Billy’s fault but the 2 companies that he was involved both went out of business. So Billy was back on the streets seeking for another opportunity.

I was immediately impressed with Billy because he did not let failure to stop him especially in his 2 previous situations. It was clearly not his fault that his first 2 network marketing businesses failed but he did not blame anyone nor let the disappointments stop him. Instead, Billy maintained his focus on his dreams and long term vision. If he had given up after his first 2 attempts, Billy would never be able to enjoy the life they have today.

What Billy Learned and Applied

1) You will never have the money
There are always challenges and problems that come up in life. That is called life and is what life is all about.

I explained to Billy that while he was “waiting”, he would lose out on time and time is more important than money because it is irreplaceable and our most valuable asset. Plus, even if Billy tried to save money to get started, realistically he would never be able to save money because unexpected bills and things always come up that will suck up his savings.

I suggested to him, if he was really serious and wanted to live the life he wanted, he would have to be creative and do things differently. If he continued to think and do the same things, he would get the same results.

A few weeks later, Billy impressed me in January 2009 by taking the money he had saved up for his January wedding and used it to start his business! His fiancé, Pin was initially not too happy but later on supported Billy because she knew that what Billy was doing was best for their future.

In just a few short weeks, Billy not only earned his initial investment back, but he was able to earn enough that he no longer required a job. A year and a half later, I was really happy that I was able to have a positive impact in Billy’s life when his wife Pin was able to “retire” from her job at New World Hotel and spend full time with their beautiful son, Godfrey. 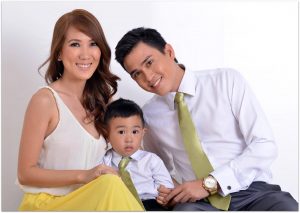 More Problems Ahead for Billy

I wish I could say everything was a happy ending from there but unfortunately Billy suffered 2 unfortunate disasters in 2010. On April 16, 2010, his younger brother, RJ Dela Fuente unfortunately died in a tragic car accident on the EDSA in Manila. The crash was so bad that he died immediately on impact. I was deeply saddened as well because I had worked with RJ as well and still remember the last time we had coffee together at the Coffee Bean in Robinson’s Galleria in Jan. 2010.

As expected, the personal tragedy rattled Billy and his business suffered for a few weeks…

When I met Billy and Pin in Manila for brunch in 2010, they poured their hearts to me. Things were even worse that I had anticipated. Not only were they still suffering from his brother’s death but Billy encountered some problems with some of his key business partners. While we ate, I suggested to Billy that he had to let go of the past because:

Yesterday is history and tomorrow is a mystery.

I told him to get a fresh start, adopt some new success habits and perhaps even start his own team.

After giving him that advice, I never envisioned that Billy would not only do what I told him but he exceeded my expectations! Within months he developed a new team and tripled his income!

Today, his team, XTRM 1-11 is one of the biggest teams in network marketing in the entire Philippines and Billy and Pin have been able to enjoy their success. In the past year, not only have they had the joy of watching their baby, Godfrey grow up, but they achieved many of their long term goals in the short term and have 2 new cars! 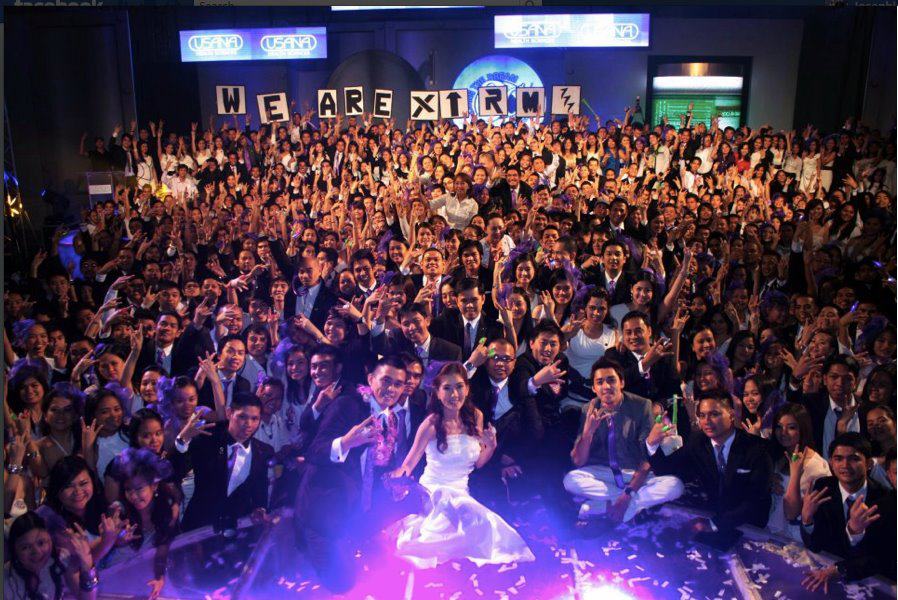 When they visited the USA in August 2011, I remember Pin telling me that she loved the Camaro (thanks to “Bumblebee” in the movie Transformers) and it was on her long term goal sheet. I never realized that through their home business they were able to achieve that goal in just a few months! I am so proud of them! 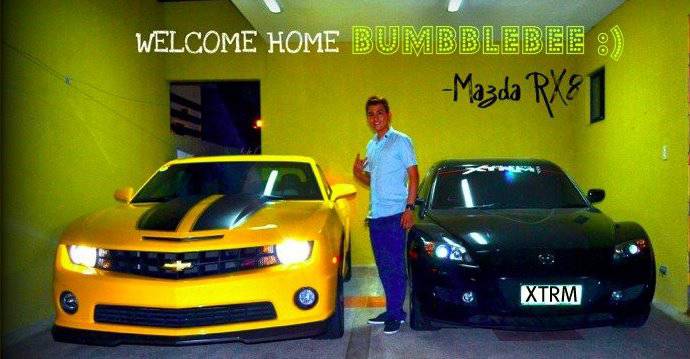 3 Lessons You Can Learn from Billy

So what can you learn from Billy’s success?
1) Do not let failure stop you. Billy failed 2 times in network marketing. He did not criticize nor blame but instead he applied what he learned from those failures. As long as you keep going, Failure is simply taking 2 steps back but 3 steps forward!

2) If you don’t have the money to get started with a home business, you can always find the money if you are creative. But don’t wait to “save up” cause that day will never happen. Just get started now.

3) Life is full of problems and challenges. The key is to stay focused and persist. And sometimes you have to change and adopt new success habits or strategies. Life and business is like a puzzle. There will always be new challenges but anyone can find the solution if you stick around. Just don’t quit!

So how can you apply these lessons to your life?

If you want me to help you achieve your dreams like the way I have helped Billy, please CONTACT ME and I will do my best to guide you.

P.S. Always remember, if you want your life to change, you must change. Otherwise tomorrow will be another day… and next year will be just like this year… and 5 years from now, you will be at the same place as you are except you will be older and have less time to enjoy the things you really want to do in life. Take Action Today!