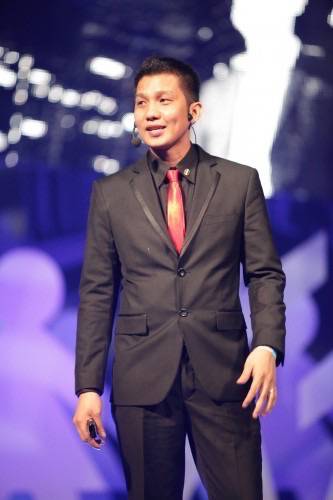 Today I want to introduce to you, Nathaniel Sunio who live in Manila, Philippines.

Nathaniel is one of my success stories and someone I am very proud of. Not only is he successful but most importantly, he is a humble leader as well. 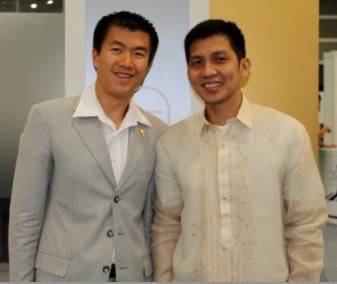 Nathaniel Sunio has created a business helping Filipinos and recently hit one of the top income earning positions in my company where he earns over $3,388.52 USD a week.

Life used to be TOUGH for Nathaniel

Things were NOT always this good for Nathaniel. Actually, for most of his life, things were tough. Nathaniel never studied well in school and dropped out of university. When I first met Nathaniel in 2008, he was in bad shape.

Back in 2008, Nathaniel was broke, desperate… people thought he would never be able to support his family and be a good father.

Nathaniel and his wife Joan just gave birth to their first child, Sean… unfortunately Sean was born premature and the baby needed to stay in the hospital for extra treatment from the doctors.

As Nathaniel cradled his baby in his arms, he cried. Deep down he was filled with joy but at the same time, he could not stop wondering how he was going to pay the extra hospital bill. How was he going to support his family?

Nathaniel worked as a house keeping staff for the Shangri La hotel in Makati and there was never enough money before… and now… he had to pay these new hospital bills. Life had always been tough and it just got tougher…

His friends were worried about him and how he could support his family. They did not think he could do it.

The good news is that when we are down and at our toughest point in our lives, that is when we learn the biggest lesson.

At the hospital, Nathaniel had a revelation and realized:

– A job was NEVER going to help him financially

– A job would NEVER allow him to fully support his family

Nathaniel realized that the only way for him to change his life would be to work for himself and become involved in his own home based business.

Nathaniel had done a few network marketing businesses but none of the previous opportunities made him any money. He had failed not because of lack of effort but because he did not have the right mentor and right opportunity.

How Nathaniel Changed His Life

There is a saying, when the student is ready, the mentor will appear. Nathaniel was desperate, broke and ready to make a change in his life in August 2008..

… and 1 month later, I met Nathaniel in Makati (Greenbelt) in September 2008 and started to mentor him

Nathaniel immediately saw the opportunity and quit his job to become full time in his home business.

His friends thought he was crazy to quit his job and was really worried for his family.

However, a few months later, Nathaniel started to earn over $200 USD a week and proved them all wrong.

As Nathaniel continued to put consistent time into his business, he saw his earnings increase gradually in the last 3 years.

Today Nathaniel is one of the top Filipino success stories and earns over $3,388.52 USD a week.

More importantly, not only has Nathaniel become a millionaire and set his family up for life, but today, Nathaniel takes the time to mentor other Filipinos on how to achieve the same wealth that he has achieved. It is his caring heart that makes me proud of him and why I value him not just as a former student, but as a business partner.

Do you want to become successful like Nathaniel Sunio?!

If you are ready to take charge and change your life, Contact Me.