Home » Summer fun, tech toys and how to re-discover “joy” in you life 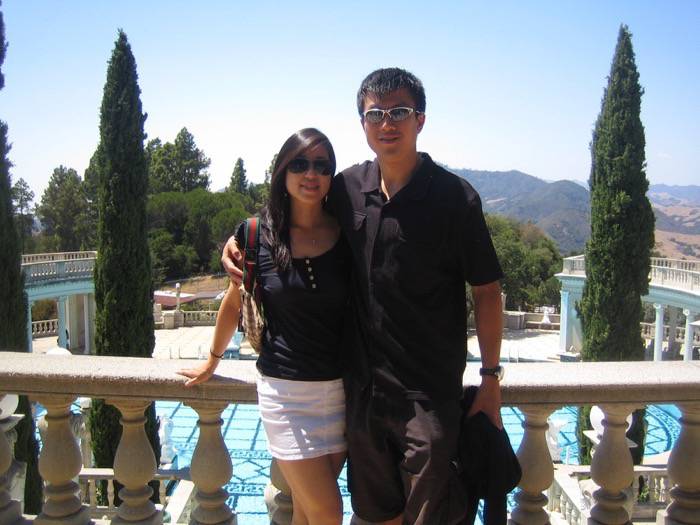 Time flies by so fast and July 4th came and went!  Summer is almost half over… of course another reason it doesn’t feel like the summer has gone by is because it’s always nice weather in Southern Cali… actually this year the summer is super  cool (only in 70s) so it feels just like fall, winter and spring.  There are no seasons anymore just today is just like 6 months from now.  I guess the only difference is that the days are longer.

July 4 was also 5 years the date that Kelly and I met at this BBQ in LA… 5 years!  And June 28 was our 1 year anniversary… Talk about time flies!  I remember almost in detail every single day that happened last year during the week of our wedding… (for i.e .what dates each specific wedding party member came in and what we did and what we ate, etc, etc, etc).

A lot has happened since I last wrote.

I started to play hoops again and would play hoops (or just shoot around) on my “cardio workout” days… unfortunately just 1 week in, my left knee was sore… and I kept playing… and then I landed badly in an outdoor game and severely sprained my MCL (or maybe torn it).  It was the same MCL that I tore back in 2003.  Anyway, I was out of action for awhile.  Took me a week before I could bend it and slowly rehab it by biking… it’s been 5 weeks now and I can slow jog… I started to pick up the rehab this week with weights and light jog and that has been healing it well.  I also has been taking these supplements from USANA that has sped up the healing process big time.  I don’t care about playing hoops for now… I’m just happy I can run again in such a short time!

After my mom left, we took a weekend trip to see my brother Ryan and his family.  My nephew Jacob turned 1 and we had a little dinner for him.  But instead of eating, Jacob wanted to dance!

Obi is growing up FAST!  He just turned 32 weeks today and now is a pure “teenager”.  He has his own personality and is stronger and faster now.  I used to be able to sprint faster than him but I’m not even close to him now.  He also has better leaping ability and thanks to Dave Block (who taught him), Obi now knows how to jump onto the couch anytime he wants.  Before that, Obi would just lay next to the couch and whine until Kelly or I would help him up.

While we were up in San Jose, Kelly’s friend James Wang took some AMAZING PHOTOS… he’s a great amateur photographer (and good enough to be a pro and will do some gigs for you if you want.  I highly recommend!  Just look at these shots!

I met up with a good old NBA friend, Takashi Aoki that writes for Japanese NBA magazines.  Takashi read Rich Dad Poor Dad and has entrepreneurial aspirations now and is currently working on a NBA project.  When it is released, I will let you guys know… During lunch, we played some NBA trivia and I was so proud of myself after I got this question.  I couldn’t even believe that I got the answer… I didn’t think too hard and it just came out of my mouth after 1 – 2 clues.  The amazing thing was afterwards I analyzed my answer and I realized that it was from the “subconscious mind” because the more I analyzed my answer to see how in the world I came up with it, there was no logic that I even knew the answer.  I couldn’t even remember that I knew the answer… or even the player… but I guess when you are exposed to something it goes deep into long term memory and somehow it came out.  It was almost surreal since if you ask me now, I can barely remember that player on that team.  Even if you ask me now, I cannot really remmeber that player played on that team… but at the moment, the answer came out with me even thinking twice… it was a big AHA moment for me.  It was also SCARY experience… I really learned the POWER of the SUBCONSCIOUS MIND!

Anyway… for those NBA fans out there… here was the question… Who was the leading scorer for the Boston Celtics in their LAST game played at the old Boston Garden.  (hint: player is in the Hall of Fame).  If you think you know the answer, let me know!

Kelly and I got the new iPhone 3GS on the day it was released.  We ordered through Apple.com so we got it on time and without having to stand in the line at the store.  The activation was awesome… this was my first iPhone and it was just so impressive that all I had to do was plug it into my computer and the phone got activated immediately!!!  The phone is SOOOOO cool.  It is definitely the most AMAZING PIECE OF TECHNOLOGY I have ever had… it is so far ahead of the competition in what it can do and how fun it is to play with.  There are also so many cool apps for it… you can spend hours and hours playing with the phone.  It is definitely the toy for those that suffer ADD (though it probably make your ADD worse!)

I’m such a huge Apple fan… I should get paid to promote their products… anyway, after the iPhone then I got Kelly a new Macbook Pro 13inch laptop computer… and then I got another wireless extender with the Apple Extreme Express, and another 1TB hard drive to complement my current 512MB hard drive and created an entire wireless network in my house with automatic online backups going on everynight!!!  I’ve turned into such a geek!

I also recently joined audible.com.  I figured since I spend so much time walking Obi and also working out, I should start listening to audio books.  I listen to training calls and also self development but I found myself either exhausted my entire audio library and/or they can’t come out quick enough for me to devour them!  So… I needed more audio content and thus I joined.  It’s been only a few days and I must say it is worth it!  In just a few days, I’ve listened to 2 audiobooks already:
1) How to Create Fantastic Results in Network Marketing by Ed Ludbrook (so-so)
2) 100% Motivation by Ed Ludbrook (so-so)

This weekend I’m going back up north to visit my brother and see my good friend Ray Moran along with his fiancé Theresa and going wine tasting at Napa Valley.  They are visiting from NYC.  The best part is that I will also get to see my close college friends, Alice Ng, Pete Feng and Keith Lee!  It will be an awesome time!

Thanks to a recent email that Dr. Fred Nastor (from Manila, Philippines) sent me, I’ve recently learned to be grateful… but not just in the general sense but to think of one NEW thing to be grateful for each night before I go to bed.  It was a great email and it really become aware of what we have and be thankful and grateful.  It makes you feel better and allows me to experience joy in my life. So what are you grateful today?  Yesterday I was grateful for my house and today I am grateful to being to write on this blog.

Until next time, God Bless