Anniversary of a Special Day Changed Me

Last week was the anniversary of my decision to escape the enslavement of corporate America and become a business owner.

Many, many years ago, on a certain sunny Nov. 13 in Southern California, I joined my network marketing company and started my career as an entrepreneur.

It seems like yesterday, but it’s been over ten years!

So much has happened in the past decade. 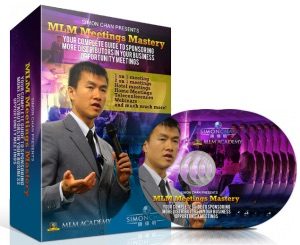 While I was creating MLM Meetings Mastery, my complete training guide on how to do profitable MLM business meetings, I went back in time and calculated. I realized that over the years, I have done over 12,746 business presentations!

12,746 presentations may seem a lot, but it’s actually not that much if you factor in how much time I’ve been in the MLM profession.

So much has happened in my journey as a business owner, but I still remember that fateful day…

That Fateful Day That Changed My Life

I still recall where I was when my original sponsor called to follow up with me. I answered his call on my cell phone as I stood outside the Banana Republic store at the Camarillo outlets in Los Angeles. I was in a public place so I didn’t want to give out my credit card for the initial investment, so I had him call me back three hours later after I got home.

The reason I remember the day so clearly is because it is one of the biggest events in my life.

It ranks up there with the day I got saved, the day my wife and I had our first date, the birth of my two sons, and the day I got Obi. It’s definitely a top five moment because my life has never been the same since I made that decision.

In many ways, aside from accepting God into my life, it ranks ahead of all other events because of the impact of that decision.

It forever changed my philosophy.

Let me explain why.

From an Employee’s to Entrepreneur’s Mindset

At the time I don’t think I thought it would be that big a deal. I thought it was just a career change, just like how people switch jobs.

It was only later, after I grew as a person, that I realized the impact because it forever changed the way I thought.

My mindset and my perspective on life changed.

It’s not about the money, but it’s about being different.

I learned that if you want to be a successful entrepreneur, you have to be different from the masses.

In other words, you can’t do what others do.

Instead, one of the best lessons I learned about success is if you really want to achieve what others don’t have, then you do the exact opposite of what others do.

If everyone listens to music while driving, then you listen to self-development and audiobooks instead.

If everyone invests their resources on Facebook advertising, then you go and invest your money on other media channels.

When others zig, you zag.

If You Want Different Results, Learn to Accept Change

The end of the year is approaching and a popular hobby that many do before January 1 approaches is to make New Year’s resolutions.

I call it a “hobby” because people neither spend much time making them, nor are they serious.

Perhaps it is about writing down goals.

I encounter this all the time in the MLM profession because distributors are commonly taught and trained to write their goals down.

Writing is better than not having ANY goals written, but in order to make your goals a reality, you have to accept that a CHANGE in your life has to occur.

In order to get something new, a change must occur.

A big part of my success in MLM was because I shifted my mindset from an employee to an entrepreneur. I learned to think differently, and even though in the beginning I didn’t really understand what it meant to “think differently,” what helped me was to develop habits that are opposite of what others have.

I started to think long-term instead of the next paycheck that I was going to get based on my immediate work.

I began to accept that true wealth comes when you get paid for your value and direct results–like straight commissions–instead of getting paid for your time regardless of how much you produce at work.

I admit that at the time, I didn’t realize I had to change so much, but I gradually did. Accepting that success requires long-term commitment guided me to the other changes.

The same principle applies to other goals and achievements.

If you want to lose ten pounds and get in shape, joining a gym and eating healthy every day is not enough. You must focus on the thought process of being healthy.

You MUST CHANGE the way you think. You have to view exercise, eating, and health differently.

Perhaps you used to “live to eat,” but now you have to cut down your eating because you can only “eat to live” now.

That may be hard to do… very hard, especially if you love eating, but then you can add another change in perspective.

That change could be your attitude towards health.

Here are Two Examples of a Change in Attitude Towards Health

Instead of seeing health as something that affects you and feeling that it’s only your business, you see the consequences of your health and how it affects others.

1) It’s the Others that Suffer Most

I know many people who don’t care if they die young because it’s their life and they have this “whatever happens will happen” attitude. However, once they realize that who really suffers from their poor health is not them. but the worries from their loved ones, then they change.

2) Living Long Enough to Play with the Grandkids

I know one former smoker who didn’t have much motivation to quit smoking, but once he had children, his perspective changed. It was no longer about him anymore, it was about him living long enough to play with his grandkids, and he was able to quit smoking in a few short weeks.

How to Change for the Better

Change is the only way we can get better, however it is also the toughest thing to do.

Humans are creatures of habit, and we have this built in mechanism that makes us resist change.

I admit it. Change is hard and it takes time, but fortunately there are a few things that can guide you toward becoming better.

Three Ways to Instill Positive Changes in Your Life

You can leave your life to chance and luck, or you can make a proactive decision to create the environment for you to change.

Here are three things you can do to create the change you need:

1) The People You Spend Time With

I was talking to one of my Advanced Diamond Mastermind members this past weekend, and he felt he was not attracting the right people in his business.

He was sponsoring a lot of people, but none of his downlines were motivated leaders.

He knew that you attract who you are, and he needed to do something different so that he could attract different people. He just didn’t know how to do it.

One of the benefits of having a coach is to have someone who can give you another perspective. It’s the same reason why I’m in coaching and mastermind programs. The value comes not just from the coach’s expertise, but the coach can often see something that you cannot see.

For me, the solution to his problem was obvious.

He was spending time with the wrong people because he was ALWAYS the smartest and most motivated person among all his friends.

If you want to grow and learn fast, you must be the “dumbest” person in the room.

I gave him ideas on the environments he could put himself in that would allow him to develop relationships with people who were smarter and more successful than he is.

I’m excited to see how he applies it!

The books you read and the audios you listen to will change your thinking.

It may not happen overnight, but if you feed the same messages into your mind, sooner or later you will start thinking differently.

Call it positive reinforcement, learning by repetition, or even brain washing, but it works.

You have to be careful though because it can work both ways.

If you input positive messages into your mind, you will change for the better.

If you mentally “eat junk,” then your mind turns into junk.

3) The Places Where You Spend Time In

Where you spend your time will also impact you.

We are human and can’t rely on willpower alone. We must put ourselves in environments that will create the change we want.

It’s the same reason that recovering alcoholics don’t spend Friday night at a bar if they want to give up drinking. They know better than that.

Someone who wants to excel in school doesn’t spend their free time at nightclubs.

There are places that motivate you to do what you should be doing so go spend time in those places.

What Areas Do You Need to Change?

Take a quick analysis of your life.

Be grateful for what you have, but also know you can be even better.

We all can be a better people…

Or be more successful in our business careers…

The only way we can get better is to change.

Ask yourself, what changes do you need to make in order to attain your goals.

Maybe it is simply meeting and spending time with people who have what you want, or being the “dumbest person” in the room.

Whatever, do something… success is a journey and where you want to be five years from now will depend on the decisions you make today.

P.S. Go get my MLM Meetings Mastery course if you want detailed tips and strategies on how to run more profitable MLM opportunity meetings. 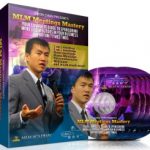 From webinars… to 1 on 1 meetings… to home meetings… to luncheon meetings… to hotel meetings, and much much more, MLM Meetings Mastery is a complete A to Z guide on everything you need to know to convert more prospects into distributors.