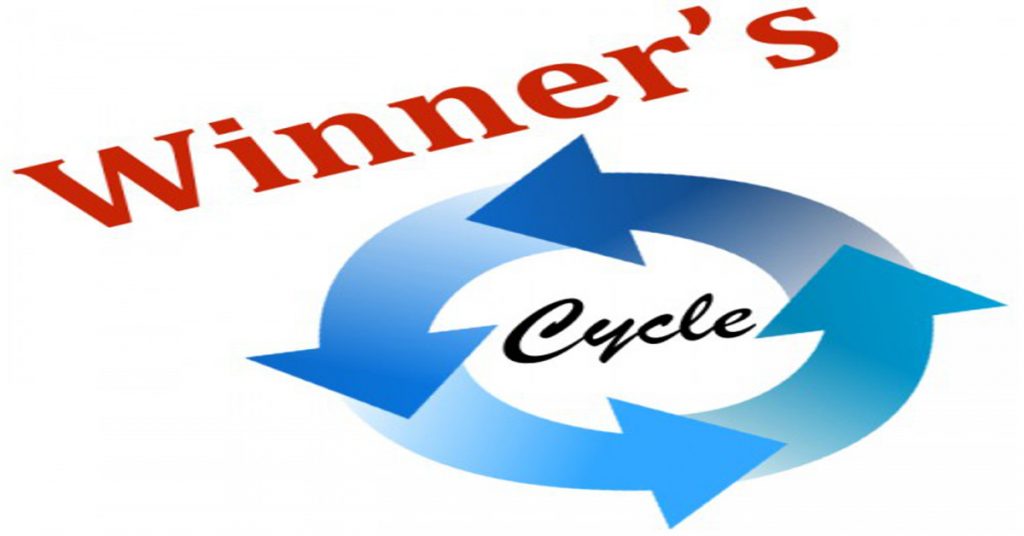 Awareness and The Winner’s Cycle

One of the things that helped me grow as a person, entrepreneur and MLM leader is my increased awareness.

Awareness is having a third person perspective of ourselves and being aware of everything that we do.

The best way to describe it is if there was another YOU that was hovering over YOURSELF to constantly monitor and give you feedback.

Awareness of being aware of every thought, word or action that came out of your mouth.

Fatherhood has helped me increased my own awareness.

As a parent, I’ve noticed that my older son is having better awareness now. Before he turned 2, he was never aware of what he did wrong. I had to take time to explain it to him.

As he grew older and got punished for misbehaving, he would realize the next day that he was a bad boy.

Once he turned 3, his awareness improved and he could realize the same day that he didn’t behave.

And for most people, that’s the level of awareness we have.

We think the wrong thoughts, do the wrong things or say something we regret. We realize it later during the day.

Increased awareness is if we could shorten that time between what we’re doing and realizing what we are about to do.

We all make mistakes and think back to something that we wished we could do over.

Imagine you could catch yourself at the moment and stop yourself from doing something that you would later regret?

That is the skill of awareness!

If we could all increase our awareness and decrease the time between our actions and realize what happened, we could all live happier and better lives.

I’ve been working hard on increasing awareness. I’m going to share something that happened last week that would NOT have happened earlier.

One of the main rules for a happy and successful life is to NEVER criticize, complain, nor condemn.

When you do so, you focus your attention outward and eliminate any chance for you to improve yourself and prevent future similar situations from happening.

You never get better when you criticize, complain, or condemn.

I’m going to share something personal that I’m proud of.

It’s my opportunity to toot my horn because I’m really excited about the increased awareness that I’ve been achieving lately.

It is VERY frustrating for me when I can’t play better than players I know I am MUCH BETTER than.

I normally play on Wednesday nights at 9pm. That is around the time I wind down and go to bed. My body is not used to running up and down the court.

For the first half hour, I committed turnovers, missed easy shots and was playing poorly. I played poorly not because of lack of skill but simply because I needed SLEEP! That day was especially tiring since I had gone swimming with Ethan earlier already.

I kept on saying to myself how tired I was and how it wasn’t fun. I considered taking a quick nap before playing the next time so that I wouldn’t play so terrible. The more I was saying to myself I was tired, the worse I played.

And then I caught myself and the magic happened!

My awareness made me realize I was doing the NUMBER 1 thing that I tell people never to do.

I was complaining about being tired, how I needed sleep and playing 9pm was too late for me.

Once I caught myself, I realized I was stuck in the Loser Cycle.

Our thoughts ALWAYS determine our outcomes. Since I was complaining and focusing on the negative (being tired), I was attracting negative. (poor play)

Once I became aware, I stopped complaining and started to think positively.

One of the best ways to be positive is to be grateful.

I started to focus on how lucky I was to be able to play basketball with a good bunch of guys… how I’m healthy enough to still play at my age… and grateful for my skills that I developed over the years.

2) Focus On Your Strengths

The second way I became more positive was to focus on my strengths.

I focused on how I am MORE SKILLED, stronger, and in better cardio shape than the other players.

3) Focus On What You Want

I wanted to be the best player on the court that no one could stop.

I wanted to be so good that I could easily help my team win.

I changed my thoughts from negative to positive and once I did that, the magic of Law of Attraction happened.

The Law of Attraction states that you always attract what you think.

I started to hit my shots again, stole a few passes, and had a few good drives.

The better I played, the more I had positive thoughts… and then I became better and better.

I wasn’t tired anymore and fatigue didn’t bother me because I was deeply immersed in the Winner’s Cycle.

I went home a happy camper because I realized how I could control my outcome simply by shifting my thoughts from negative to positive.

I admit that I wouldn’t have had the wisdom to think like this when I was younger. That’s why I always say that even though I’m older and slower, I’m a better basketball player today because of my increased awareness and mindset.

When I went home I started to think about other areas of my life such as being a husband, father, entrepreneur, etc. I thought about how I could be more positive and less negative so I could enter the Winner’s Cycle.

3 – 5 things immediately popped into my mind. This week, my goal is to focus more on gratitude and what I want instead of the things that aren’t the way I want them to be.

Go become aware of your thoughts and actions.

Is there a part in your life where you tend to complain, criticize, condemn or negative?

Make an effort to focus on the positive and be grateful of what you currently have in that situation and you will see magic happen in your life.

Please share below one area of your life that you plan to think differently for this week.

Go escape from the Loser’s Cycle and enter the Winner’s Cycle. It sure is a LOT more fun.